Hello all! We have been plugging away on Monster Boxing for the last few weeks and we’re hoping to get our first playtest in this weekend! At this point our framework rules are set, two of four character decks are done (for this playtest we will just use the decks we’ve made so far), and we are well into the Equipment Training deck. As far as the cards are concerned, that just leaves the Sparring Partner deck.

deck will focus on speed and making lots of actions quickly 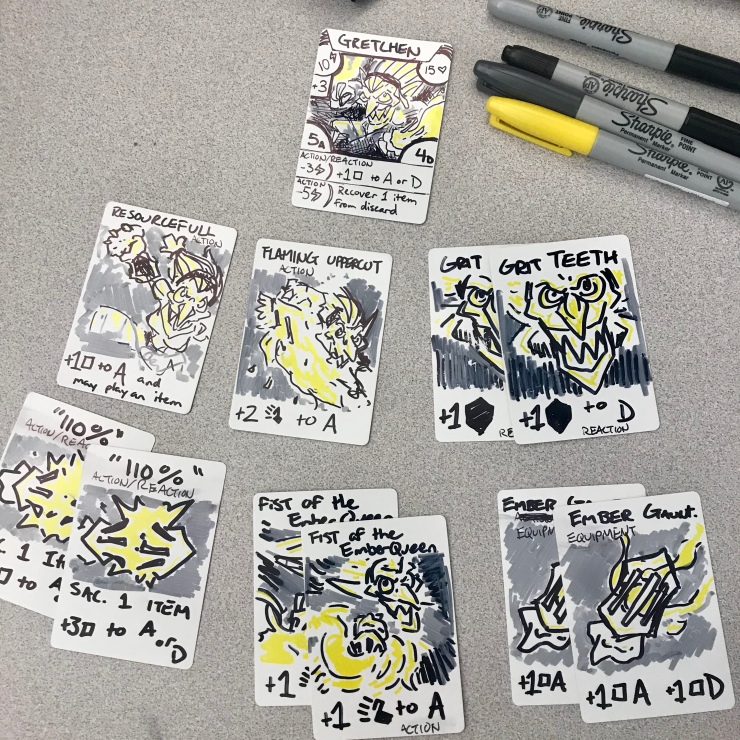 We have ordered blank white acrylic dice to create the two Character Dice pools and the Challenge Dice pool. We’re really excited to test out the engine in playtest, and we’re sure there is going to be a lot of stuff that needs to change. This is our most complex design to date though, so the sooner we get the ball rolling, the sooner we can get the best game we can make in your hands!

Hey all! My #microgame Paper Planes is no available for purchase! Check out the link in our bio to learn more about this game!
Launching tomorrow on @thegamecrafter, take a look at Paper Planes! Our little flight path placement #microgame 😁
The obstacles for #PaperPlanes are so cute 😭 I hope to have this pocket version available for purchase this weekend 😁
The #kitty just wants to play with the #paperplane too!
First high quality prototype of #paperplanes has arrived and I love it! I’ve got a few edits to make and it will be a lovely little #microgame to share with the world 😊
👀👀👀
Dover, NH witchwaygames@gmail.com
Loading Comments...
%d bloggers like this: