Hello! While we plug away on the traditional art for Needlehearts, I thought we would give a little rundown of how the project has evolved over the years!

Needlehearts started off as a video game project in 2012 called “Pincushion Goblins: The Needlehearts Trilogy”. It was designed to be a low poly action, puzzle-platformer game for PC, that focused on the efforts of these voodoo dolls trying to escape or kill the Witch Doctor that imprisoned them in an attempt to free their souls. 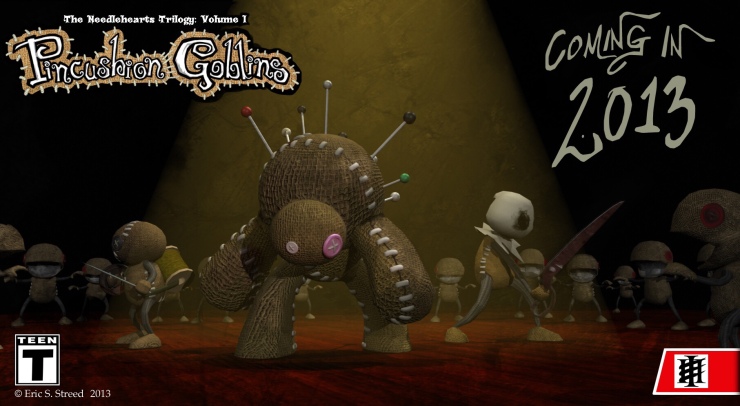 Needlehearts started making its transition to analog format in 2018 as a hex based exploration game. Light combat and health resource management were introduced while staying true to the ideals of the original video game. There is so much depth to this world, and the potential for RPG supplements and Expansions really stands out to us. 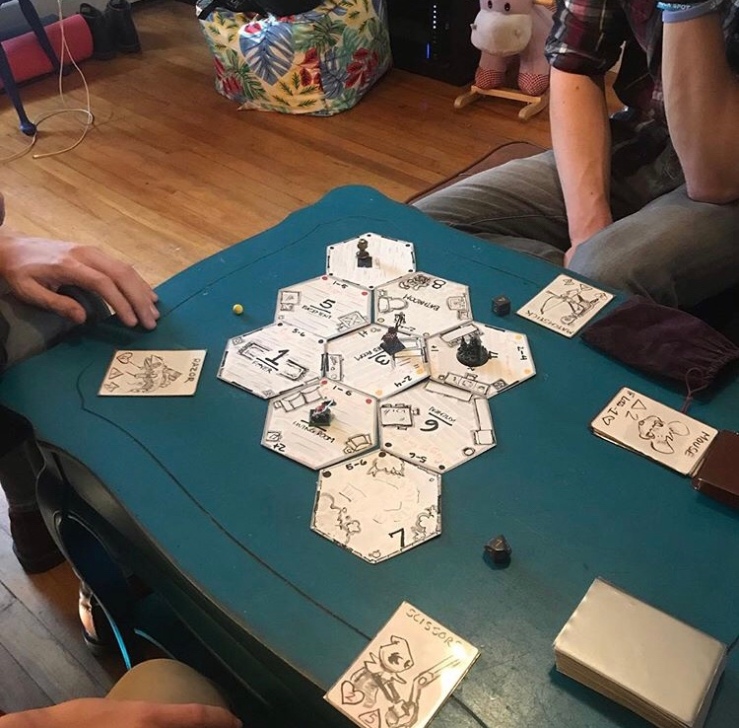 Health is your most valuable commodity, both physical and spiritual. Make choices wisely, be afraid, be careful, work together, and get out as quickly as you can! The Witch Doctor returns home soon, and time is precious and fleeting…

We got another YouTube video feature! Many thanks to #OutOfTheBoxBoardGames for giving Full Moon a shot! We’re so glad they liked it! Check out their video on our Facebook page!
Our game Full Moon: The Beast of Gevaudan out in the wild! Courtesy of Shamus Smith (on FB), we just learned our #PnP passed 635+ downloads recently! So cool to think this game has reached so many people! If you’re interested head to our site and give it a try for yourself!
These promo shots for the #InfernoCardGame get me so hyyyyyyype 🔥😱💀👻🔥
Switched things up for a minute with some #oilpainting 😱 not too much though as the painting is of our #Needlehearts doll 😂💀
Really good meeting earlier today. Grateful for the kindness the board game community has shown me, excited for the possibilities to come! 🙏🙌
Look at these review copies of the #InfernoCardGame 🔥😱🔥 it’s looking SO GOOD!!! Make sure to join them on Discord! https://discord.gg/YJfkAX6Q
Dover, NH witchwaygames@gmail.com
Loading Comments...
%d bloggers like this: